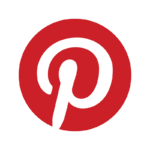 If, like me, you considered Pinterest to be nothing more than ‘cupcakes and kittens’ you might be surprised to find that it is actually a very useful tool for both personal and business uses. So what exactly is Pinterest?

Pinterest is a relatively new social media site that allows users to bookmark, or ‘pin’ their favourite images and videos that they find online to a virtual pinboard and share them with others. It’s similar to other social bookmarking sites like StumbleUpon, but users can only pin videos and images. Pinterest is also available as an app for iOS so you can access Pinterest on your iPhone or iPad.

Pinterest is both very visual and also social. Users can create as many pinboards as they’d like, based on their interests, hobbies or other categories. For example, you might create a pinboard called ‘Vacation’ and include images of places you want to visit or people doing activities you enjoy and want to do while you are on holiday. People can follow you on your pinboard and even repin content that they like, which adds it to their own pinboard.

Pinterest offers a bookmarking tool called “Bookmarklet” that installs to your Web browser toolbar and enables you to pin any image or video you find when browsing the Internet. You can even add a Pinterest button to your blog to redirect people to your pinboards.

When you visit another person’s pinboard, you can select from five options for actions to perform. You can follow that person, like a specific pin, follow a pinboard, comment on a pin, or repin the pin to one of your own pinboards.

Pinterest demographics
Women currently make up about 80 percent of the site’s audience with half of them between the ages of 25 and 44. According to a 2012 report by Experian, Pinterest was ranked nationally in the US as the third most-popular social network based on traffic. For the month of March 2012, Pinterest had received a total of 104 million visits. Twitter, ranked second, coming in at 182 million, whereas Facebook took the lead at 7 billion monthly visits.

Pinterest history
Pinterest was founded by three individuals: Ben Silbermann, Paul Sciarra and Evan Sharp and the website was launched in 2010. Less than a year later, the website had more than 10,000 users and by the end of 2011, Pinterest had become one of the 10 largest social networks with more than 11 million total visits per week. At the start of January 2012 the website had a reported 11.7 million unique users, becoming the fastest site ever to break the 10 million unique visitor mark.

Pinterest for business
Businesses use Pinterest to share images from events and trade shows, show customized products and show customers using the product. Pinterest’s terms of use policy states the site can’t be used for direct promotion, but creative businesses have managed to create ways of sharing products and services without blatant self-promotion.

As is the case with most social networking sites, the prospective audience was primarily the consumer. Businesses learned to take advantage of Pinterest for advertising and style trending. The layout and design of Pinterest makes the website an ideal vehicle for style-conscious retailers, which means products can more easily be visualized.  Because of the visual nature of Pinterest, the potential and scope of the site is almost boundless. As an example, several police forces now use Pinterest for posting their lists of wanted suspects!

So give it a try and you will be surprised at the information you can find. Try searching for your interests or hobbies and you will soon be as immersed in Pinterest as I am!