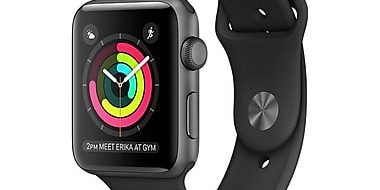 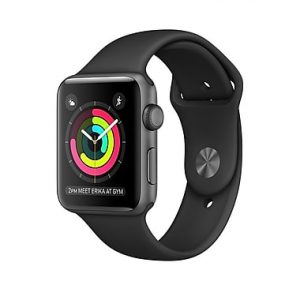 You may have heard some chatter in the media about a new Apple Watch hitting stores this Fall. And I’m here to tell you that they are awesome!

As a long time user of Apple Watch, the Series 4 has raised the most excitement out of me for any other product releasing this year. From changing the music volume or helping to locate your iPhone underneath the couch – Apple Watch and Siri will soon prove to be your best companion. The new Apple Watch Series 4 boasts many key features that have helped it to solidify its spot as the top smartwatch on the market.

In an effort to make your watch experience better and allow you to view more information at a glance, Series 4 now comes in both 40mm and 44mm variants with edge to edge displays. Apple has decided to keep the band connections unchanged so for anyone upgrading from an older model you will be pleased to know that all of your existing bands will still be compatible with Apple Watch Series 4! These new models have a thinner form factor while also making improvements to the Digital Crown, the speaker and the heart rate sensors.

Apple Watch has always been recognized as a health oriented device, but Series 4 improves on this even more by notifying you of heartbeat irregularities and being the first over-the-counter ECG device available.   Series 4 also has a feature that will detect a fall that you may take, and if you don’t move within a set amount of time it can even call emergency services and send a message to a few select contacts.

This is the biggest improvement in the history of Apple Watch, and you’re going to love it!