A SERVER IN YOUR HOME IS A GOOD THING 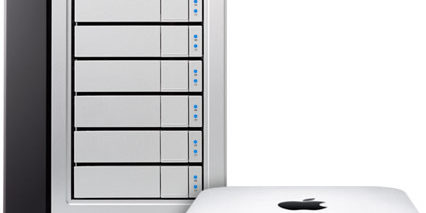 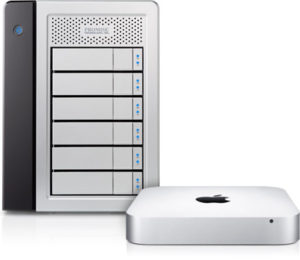 For as long as I’ve been in control of my home network, I’ve also had a media server running in my home for video and music content. With the advent of websites like Netflix, Grooveshark, and services like iCloud, a centralized server doesn’t seem as necessary as it once did. In the days of tens gigabytes of bandwidth it was important to store (especially video) on local drives. My personal problem was “how do I get all these videos to all of my devices? And how do I avoid costly single drive upgrades?”. The solution was a home server.

My first home server admittedly was a Hewlett Packard EX470 Windows platform which worked for file distribution when it was “functional”. The very first time I learned you could plug in a hard drive to your router and have the contents wirelessly pushed to your devices had me wanting to do more. The HP worked for what it was supposed to do but left much to be desired to say the least. Once it finally died however it gave me the opportunity to give a Mac Mini Server a whirl. How could I say no to a $49 Lion Server upgrade in such a small clean little box?

Once I plunged in it was immediately evident that the designers have arranged everything you could need to administer the server with a small, handy little app simply titled “Server”. From here you can change anything from network configuration to your very own wiki database (maybe more useful for a troubleshooting database or something in a small company). Notifications of network changes, software updates, and any errors are easy to access and straight forward.

The thing I was most impressed with was the mini’s ability to act as a “Time Capsule” and wirelessly back up both my girlfriend’s and my MacBook Pros. Only three weeks after I had everything set up to do automatic Time Machine backups, my solid state drive in my Pro failed and I lost everything. Luckily the trusty mini was working away like it should and backed everything up for me which only took about an hour to recover. This is worth the price itself.

Finally, the mini isn’t all just work and utility. It’s fully capable of handling two plasma televisions directly hooked in to HDMI, detecting where to send the proper source at the same time as sending Netflix to a screen, pushing music to an airport express, and showing pictures on an Apple TV. To command all of this media power I’ve simply enabled screen sharing and control the Mini as if it was just another screen on my MacBook Pro.